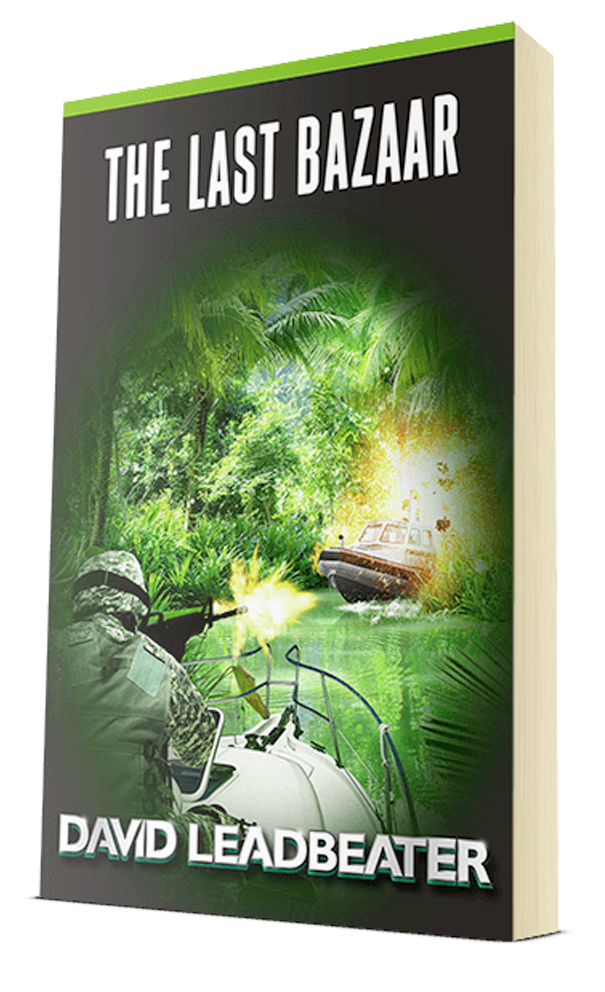 These books should be read in the correct order. In the twelfth installment of the Matt Drake series, the SPEAR team battle impossible odds deep in the Amazon rainforest. Learning that a significant terrorist’s arms bazaar is being attended not only by many of the world’s most wanted men but by the CIA and a "special guest" too, they must infiltrate, observe, and then do what they do best.

With all the ongoing interactions, personal complexities and camaraderie that characterize the Drake series, The Last Bazaar introduces a diabolical plot where wealthy terrorists plan and pay for new styles of devastation, where government agencies pursue secret agendas, and where the team race against the clock to shut it all down.

Amidst nuclear threat, conspiracy, local predators and intense action, Matt Drake and his team fight to maintain and protect the world’s future in a hostile environment . . . from within the planet’s worst gathering of madmen.