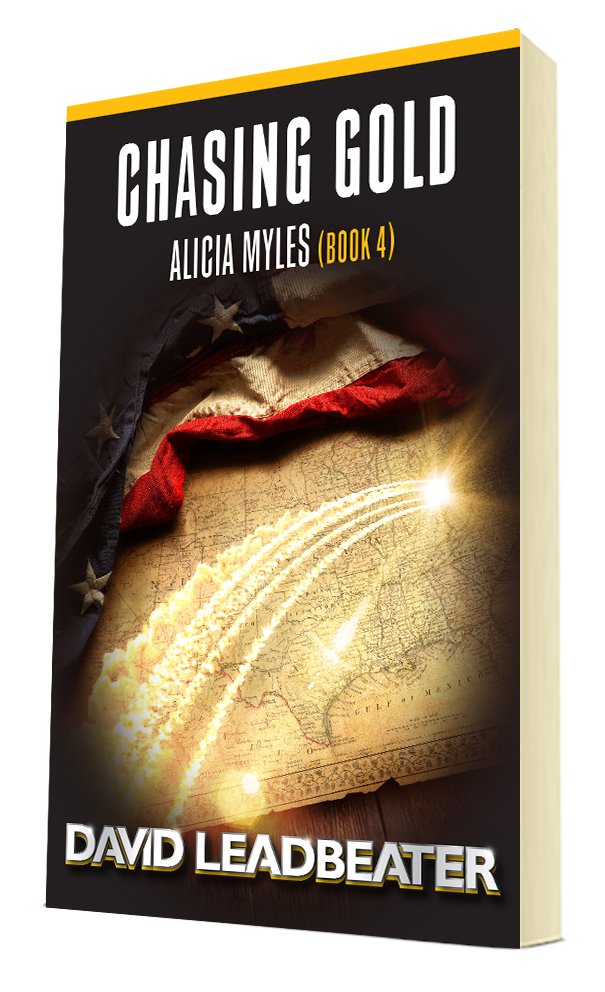 Returning to the Gold Team, Alicia Myles finds herself in an unusual and unique adventure, chasing a very different kind of gold than ever before. With the Star Spangled Banner stolen by terrorists, and her boss, Michael Crouch, abducted, she is thrown into an incredible, breakneck, non-stop chase across America.

By road and air, by car, by helicopter and aeroplane, by speedboat across the ocean, Alicia and her team pursue two irreplaceable representations of treasure, following quirky, distinctive clues written and left by Crouch through town and city, over mountain ranges and from Washington DC, via Las Vegas, to Los Angeles.

The chase finally takes them to Hawaii’s North Shore, where terrorists plan to execute Crouch and burn the banner in front of millions of Americans on live television in an effort to plunge the country into chaos.

Can Alicia and her team reach Hawaii in time? Can they save Crouch and the treasure? Hang on for the ride of your life . . . Alicia Myles is back!